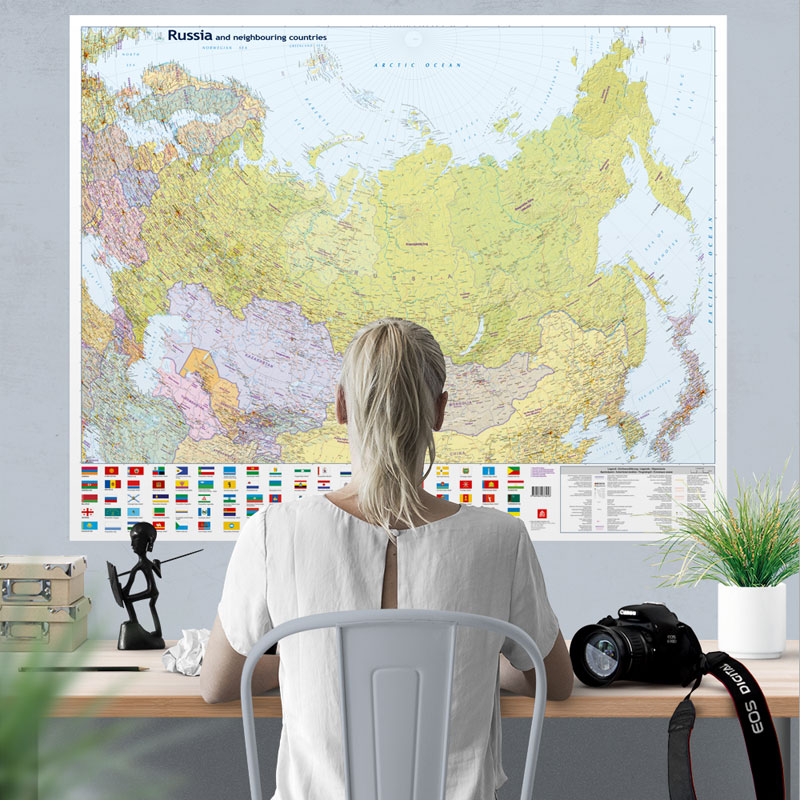 Russian map pictures the whole territory of Russia and neighbouring countries from Norway all the way till Tajikistan and from Japan till Poland including. There is a detailed administrative division given. Map also has been illustrated with more than 100 flags of former USSR states and administrative territories. Settlements, roads, railroads, ports, airports, hydrography and terrain are pictured on the map according the latest information. Map legend is in English, French, Polish, Latvian, Lithuanian, Estonian and Russian languages.