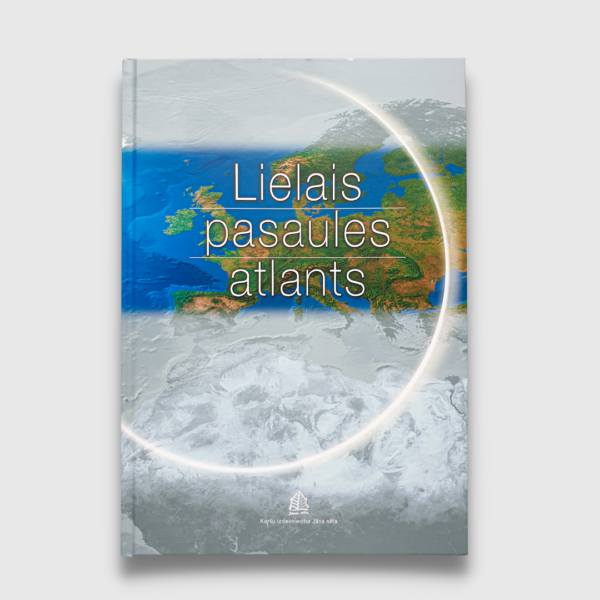 Great geographic atlas is most voluminous map collection that is ever published in Baltic states. In more than half thousand pages thick, almost 4 kg of weight atlas you can find 90 thousand geographical names. For the very first time in Latvian language in such a detailed scale the maps of all the world is available. This editions coming-out is outstanding event not only in Latvian cartography but also in Latvian culture itself

Atlas consists of map chapter and reference chapter, also title index. Map chapter is introduced by world maps. Next sections are about Latvia and every world part. In the end of map chapter there are ocean maps provided. In the reference chapter the basic information about all the world countries and territories with illustrations of flag and national emblem and is given. It is followed by statistics of different geographical extremes, as well as information about the numbers of population in the largest cities

Maps in atlas are prepared in the same row of scales. Map of Europe is scale 1:3 000 000, rest of the world in basic scale 1:10 000 000 with various regions more detailed maps in scale 1:5 000 000. Small countries of Europe as well as various island and other special region maps are provided in bigger scale